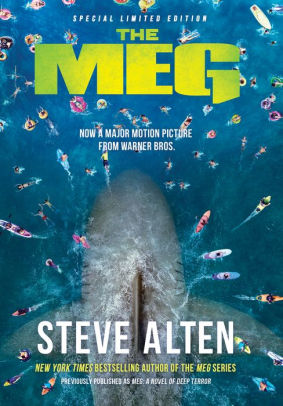 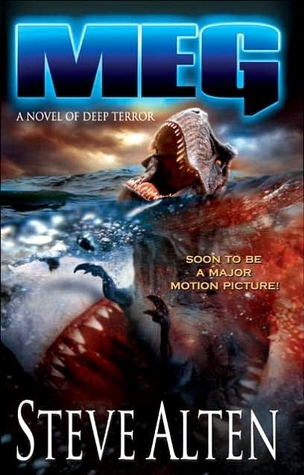 Horror, especially the kind involving giant animals gives me life. I absolutely love this genre. After finishing Jurassic Park, I wanted some more of the chomping action. I found out about this book, when I came across its movie trailer, starring Jason Statham. Having read the book, I am very excited to see the movie releasing on 10th of August.

STUFF ON THE BACKCOVER SAYS

On a top-secret dive into the Pacific Ocean’s deepest canyon, Jonas Taylor found himself face-to-face with the largest and most ferocious predator in the history of the animal kingdom. The sole survivor of the mission, Taylor is haunted by what he’s sure he saw but still can’t prove exists – Carcharodon Megalodon, the massive mother of the great white shark. Taylor spends years theorizing, lecturing, and writing about the possibility that Meg still feeds at the deepest levels of the sea. But it takes an old friend in need to get him to return to the water, and a hotshot female submarine pilot to dare him back into a high-tech miniature sub. Diving deeper than he ever has before, Taylor will face terror like he’s never imagined. MEG is about to surface. When she does, nothing and no one is going to be safe, and Jonas must face his greatest fear once again.

Jonas is an excellent submarine pilot, whose single mistake costs him his entire career with the navy. This forces him to switch careers and lead a boring life, till his old friend Tanaka calls him in for help. He returns to the Mariana Trench only to find the Meg again and have it chase him all the way to the surface. Throw in a cheating wife, a badass new love interest and a ‘damaged goods’ best friend along with a lot of spare characters for the megafish to eat and you get a perfect B- grade flick. How Jason finally controls the Meg, while it goes around chomping left right and center from the premise of this novel.

The author goes quite over the top, especially with the end, in which our hero gets eaten by the beast and yet survives. In spite of this I enjoyed this book, as it was exactly what I wanted to read. A keep-your-brain-aside-and-marvel-at-the-awesome-scenes kind of storyline which does not pretend to be anything else but just that. This book is not for everyone. Those who like horror and action and want a bite of a deep-sea adventure, this is your book. If you want something classier and more sensible give Michael Crichton’s Sphere a try.