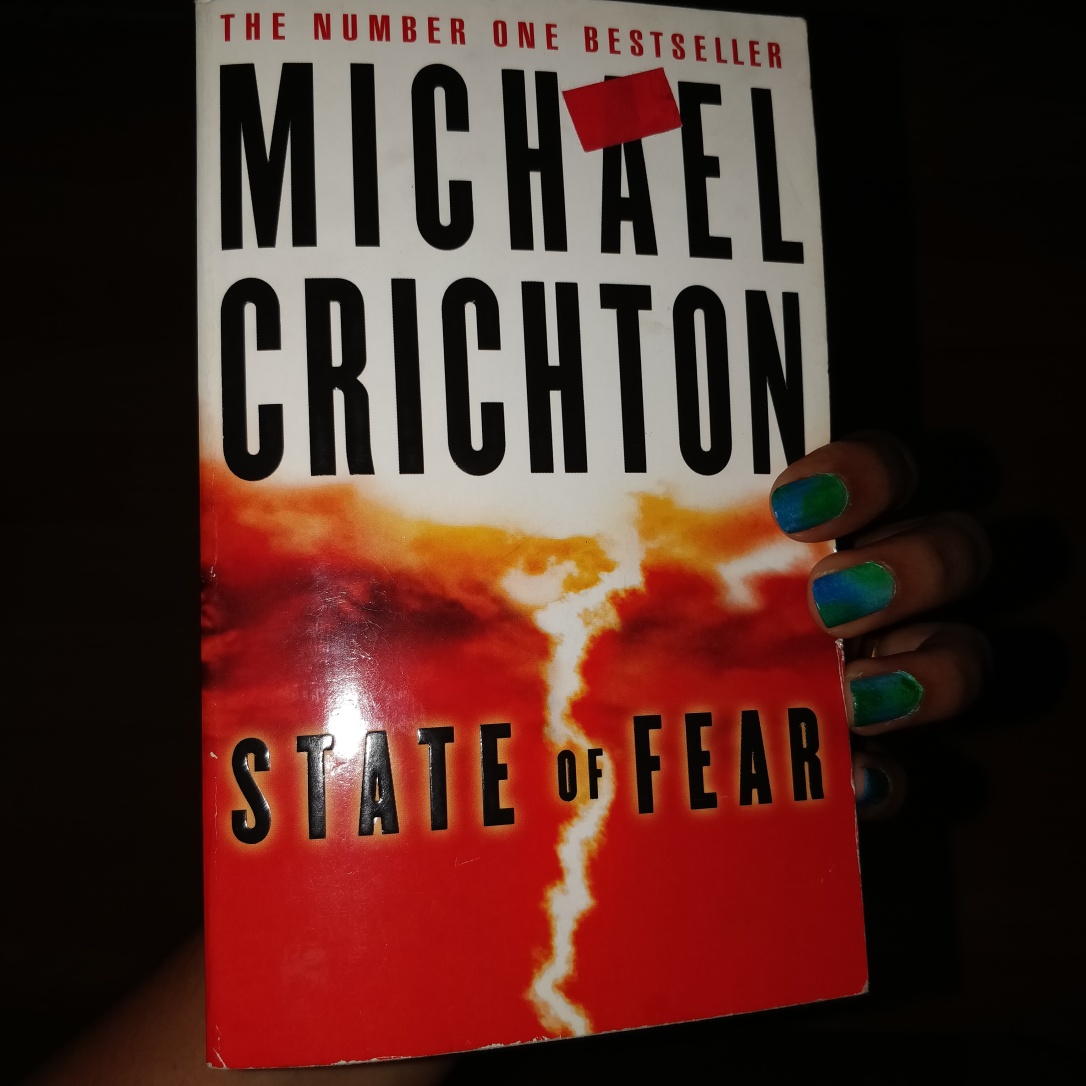 Michael Crichton has always been one of my favourite authors. His thrillers are usually well researched, fast paced and entertaining. This book however was not like that. Read on to find out why.

STUFF ON THE BACKCOVER SAYS

In Paris, a physicist dies after performing a laboratory experiment for a beautiful visitor. In the jungles of Malaysia, a mysterious buyer purchases deadly cavitation technology, built to his specifications. In Vancouver, a small research submarine is leased for use in the waters off New Guinea. And in Tokyo, an intelligence agent tries to understand what it all means. Thus begins Michael Crichton’s exciting and provocative technothriller, State of Fear

Peter Evans is a good guy and an environmental lawyer who gets entangled with a group of people trying save the world from eco-terrorists. How he and his friends go about foiling the terrorists plots from Antarctica to Solomon islands, without dying forms the premise of this novel.

Throughout the book Crichton just debunks whatever you thought were facts about global warming, by using selective data. I completely disliked that he did so much research on a such serious topic, just to show it in bad light. He is basically saying that all environmental activist are uneducated and the public in general is ill informed. He concludes the novel by saying that global warming isn’t a big deal and we should take future measures cautiously. The entire story was just anti global warming propaganda with a ‘thriller’ plot as an accessory. I am completely disappointed. This one is only for the die hard Crichton fans.